I have started this post a few times now as I try and bring myself (and you) up to date. I have been mostly transitioning back to our country property after our trip to London. That has meant doing all of the immediate things that have required doing – staking a few plants, getting food in, and taking stock of the changes that occurred while we were away. It has been raining almost non stop here these last three weeks. There has been so much rain that there was a small landslide on the cliff on the other side of the brook which has altered the course of the stream and created a new little waterfall. As I was surveying this on the weekend, I noticed lots of mushrooms growing along the banks and that is where my curiosity is leading me this morning. 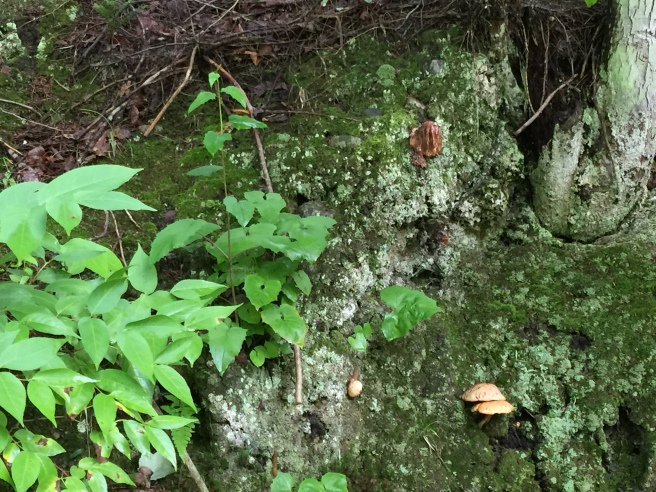 I have studied wild flowering plants that grow in this area for years but never paid much attention to the mushrooms and fungi that grow here except to stop and admire a particularly large or unusual one that I would happen upon on my walks. That has all changed since we bought our neighbouring 15 acres of woodland next door. As I get to know this land, I have decided to learn about the mushrooms and fungi growing there as well.

I was only able to take a short walk this morning, kind of a scouting mission if you will. But I did come across this: 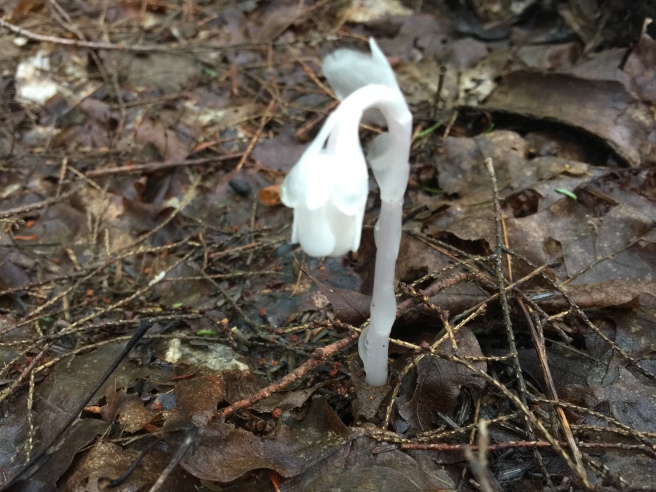 This is not the first time I have seen this ethereal plant in a woods. It is quite striking as you can see. It is considered scarce or rare in appearance but I discovered a healthy colony of them growing not far from the house.

I have a number of mushroom identification books to help me in this new study  and I brought my first two mushrooms home to identify.  Many many more, I left in the woods for another day.

4 thoughts on “Transitions and Mushrooms”